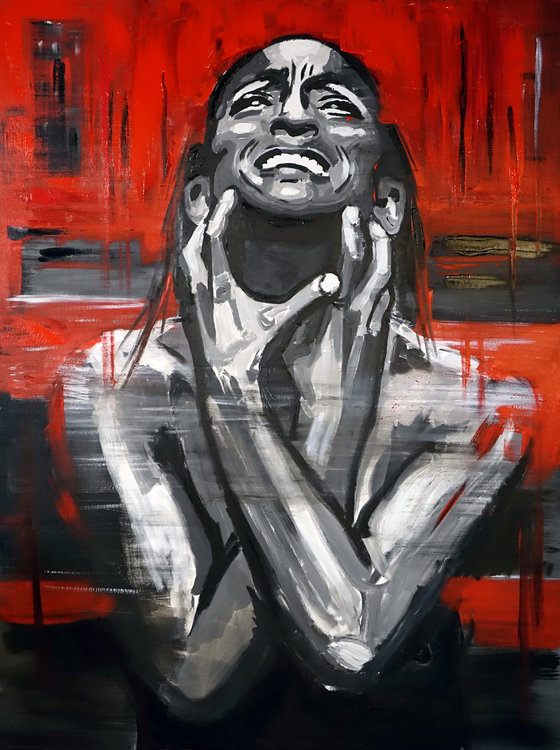 In my understanding of pain, there is the physical pain, and quite often an emotional connection, sometimes nutritional, and also many times an energetic blockage that can be linked to the pain.

I love talking about pain, tracing it back, looking at not only the physical issues that need to be dealt with, but also the emotional, nutritional and energetic aspects of pain.

To help heal pain it is important to go back to the original point of pain. What caused the pain originally? Was it an accident or injury? Why is the pain located where it is? Was there a weak point originally? Was it due to a nutritional deficiency or non-healthy eating habits? Is there an energetic block? And what about the emotional link? For example, in my experience, cancer often has an emotional underlay. Where your pain is located is often linked to certain insights and you and your life.

I remember reading Louise Hay’s book, You Can Heal Yourself, back when I was a teenager getting into meditation and self help stuff. Fascinating! Highly recommend reading/re-reading it.

Recently I had a conversation with a woman who said she suffered really bad headaches when she orgasmed and that the medical profession didn’t know what to do. With my background in sexology, energy and health and wellbeing I could see what was probably happening. The energy of the orgasm was getting stuck in her head! This may be because she is a very intelligent, mind-focused, poker player that spends a lot of time in her head, or it could be because she simply does not know how to release energy through her crown chakra as that is not something widely taught. I teach several techniques that can help with this.

Another reason could be because most men do not know how to send their orgasmic energy through a woman’s entire body, exploding that energy out through the crown chakra into the universe. Most men just ejaculate and that’s it! It is all about their release. It makes such a difference when men realize that their penis is just the beginning! It is an extension of them, of their energy, and regardless of the size of their protrusion, it is possible to extend the energy of the penis, of their persona, of their entire being, into the person they are with and share that expanded energy of who they are with that person. Then sex becomes love-making and has the potential to heal. It goes beyond penetration to a merging of souls. The more awareness one has of energy and the sharing of energy then the more powerful and transformative love-making can become! This is also something I share in my work.

Pain can be within our bodies, or it could also relate to the pain in our society and communities. One subject in the forefront of people in America’s minds right now can be summed up in the term “Black Lives Matter,” relating to the mistreatment of black people in our society.  The pain we all felt seeing that horrific video of George Floyd dying under the police officers knee. And the pain that this one horrible act epitomizes relating to centuries of mistreatment and inequality black people here in America have been subjected to. This pain reaches out to other black people and their mistreatment all over the world, and also to other people of color who have been not been treated fairly, and often violently. The Native American Indians here in the US have a history of abuse being dealt to them, as have the people who have immigrated here from Mexico, from Asia, the Middle East and any non-white countries. Racism comes in all forms and is painful. Based mostly in fear… of not knowing, not understanding… misconceptions.

I see it as a lack of gratitude for the gifts each person brings to our lives, our communities and countries. Diversity of upbringing, language, customs, ways of talking, perspectives…

We need to look at the origin of the pain being felt by all of these people and address that first. Ask them what they feel would be the best way to address the pain. What is needed? Then start making those changes. And hopefully shift the way black people, people of color, marginalized people, women, gay, trans are treated, to accepting and honoring them as people who deserve to be respected, honored and their lives given thanks for.

I feel blessed to have grown up in New Zealand. It truly is a unique country. The first self-governing country to give women the vote in 1893, a country that signed a treaty with it’s indigenous people (the Maori) in 1840 (the Treaty of Waitangi) protecting their land and treasures. Quite a different situation to that of the Native American Indians and the Australian Aborgines.

A country that has taken strict measures against gun violence (banning semiautomatic guns and assault weapons) after the deadly mosque shooting in 2019, and a country where the police do not carry guns.

Growing up in New Zealand I did not experience the racism I have witnessed in America. True, I am a privileged white woman and live a blessed life but have never judged people by the color of their skin. For me, it is their heart, their energy that I relate to. I choose to see the potential in each person I meet, and do my best to enhance that potential and allow it to blossom, through the work that I do.

It shocks me that people in America are still so racist, and openly racist. But great to see institutions such as Nascar, support their black driver Bubba Wallace and ban confederate flags at their races. Still a LONG way to go though!

I was happy to see so many young people in the Black Lives Matter protests though. They are our future. Our hope. Soon all the old fogies will be gone and we will have new blood in local and national politics.

Change is coming! Let’s stay focused on dealing with this pain, healing it and moving forward to a world free of racisim, inequality, injustice and fear.

Imagine all the people… living life as one!